The Verge publishes article on 'Bob, the Wormhole God' 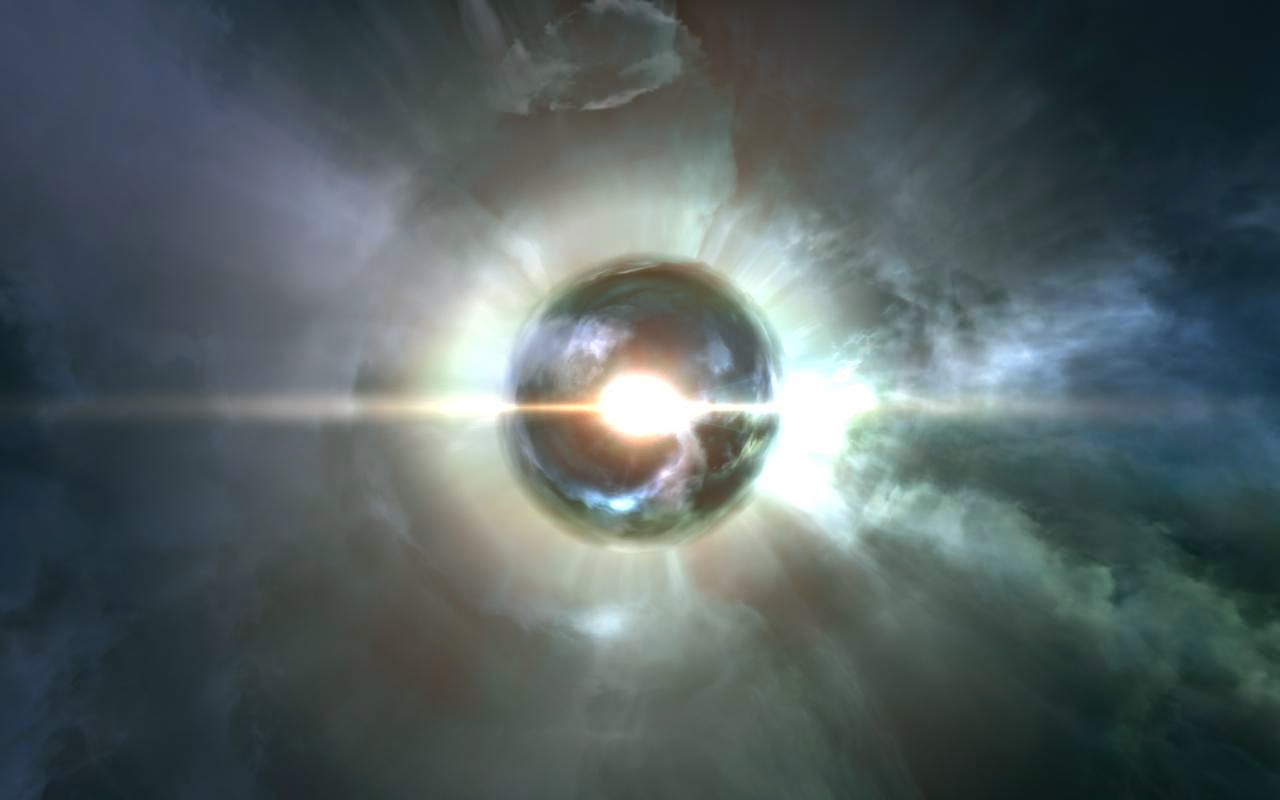 This morning I awoke to a number of messages via text, Twitter, Skype, in-game mail, Facebook, and even a polite phone call informing me that an article had been published and was circulating the internet that was the product of an interview that Corbexx and I had participated in with Cassandra Khaw during Fanfest.

Firstly, I will say Fanfest was an amazing adventure and the opportunity to explore Iceland, see a Solar Eclipse, enjoy meeting with CCP developers, players, and friends was wonderful! While attending, as I was walking through the Harpa with a couple friends, I ran into my CSM representative and friend, Corbexx, who was excited to share with me that he had been interviewing with Cassandra and they had stumbled onto the topic of 'Bob, the Wormhole God'. He had told her that he knew a guy who could speak to the "religion" with a bit more clarity, and invited me to accompany him to the media area to meet with her. We tried to acquire Asay from Adhocracy to speak to the player origin of the reference, then I'd speak to the lore development of 'Bob', but alas, Asay was unable to attend, so we talked briefly and I shared with Cassandra Asay's perspective on the player development in the earliest iteration of 'Bob'.

Afterward, I shared with her the scripture and lore development that had taken place to explain the religion and some context to religion's role in communities, real and ingame, for explaining the unknown. The following was the product of our interview, published on The Verge:

As I read the article, I was very excited by the continuity between the published article and the interview that we had with Cassandra. She understood very well the story or Bob and his demand of blood from players who transgress against him and disobey the laws of his realm.

There has been some confusion about Bob by some outside the wormhole community and even a few outside the Eve Online community. For clarification, the player alliance 'Band of Brothers' is 'BoB', and 'Bob, the Wormhole God' is a different entity entirely. They have no relation to one another, and BoB is dead, but Bob reigns eternal and lives always in the hearts and minds of the acolytes of his faith. Secondly, 'Bob' of Eve Online is not related in any way to the 'Church of SubGenius' of Bob Dobbs. The only thing these three have in common is the name "BOB", which is ironically a nickname for one of the most common names of the last few centuries.

That being said, the end of Cassandra's article led to a recording made by BBC journalist Adam Rosser, who took the opportunity to orate the Gospel of Onimuru, which I had written earlier, referencing the origin of Bob in the lore of Eve Online's wormhole community.

As I checked the social media, I saw some really nice sharing by developers and players! 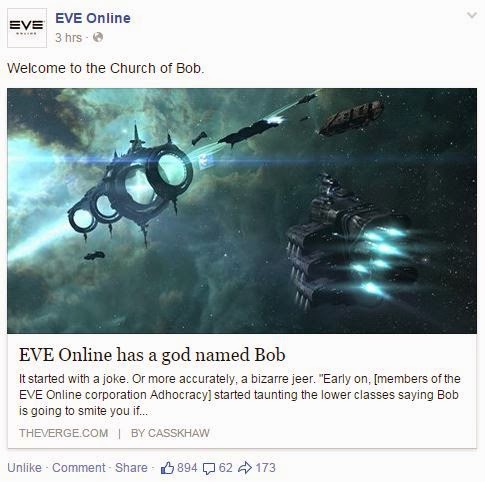 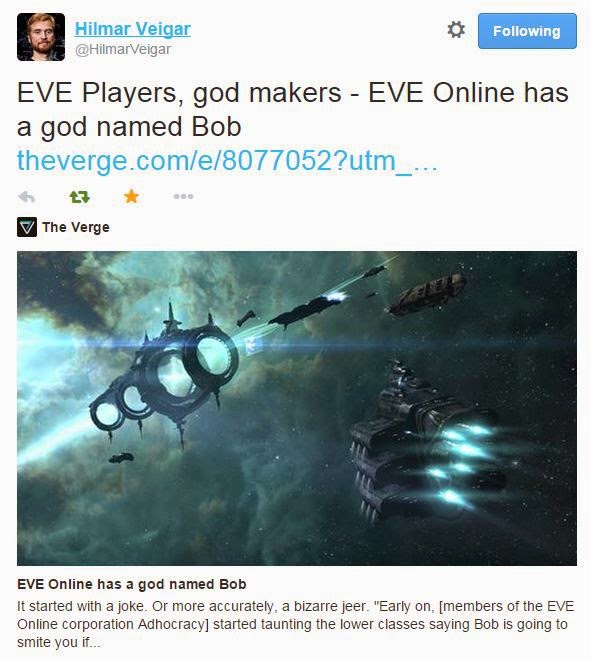 In closing for this article, I'll share some unrelated videos that I've recently enjoyed, first being the 'Eve is Real' video which incorporates CCP's adoption of player-driven interaction for their most successful trailer ever, and the other was released at Fanfest 2015 during the Valkyrie presentation which I was able to see firsthand in Reykjavik on the big-screen! It was amazing!